WHAT IS RICH MEDIA?

WHAT IS RICH MEDIA?

Rich Media is a word commonly used in the online advertising industry. But many are still in the dark about what ‘Rich Media’ really is. According to the IAB:

“Rich media advertisements are defined as those with which users can interact as opposed to solely animation, and they include such formats as transitionals and various over-the-page units such as floating ads, page take-overs and tear-backs.”

If i let my parents or girlfriend read the above definition they would still be very much in the dark about what kind of advertisements I produce or the kind of work i do in general. The common response from friends and family is ‘Ah so you’re the guy that sells those annoying pop-ups!’. Or even worse: ‘Ah okay so you do something with computers!’ Usually I give up there and confirm their ‘suspicions’ about me being the one responsible for terrorising their online experience with shady advertisements. So let’s try another one.. 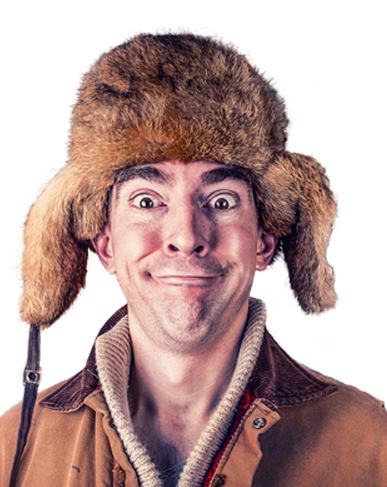 According to Doubleclick (Google):

“A Rich Media ad contains images or video and involves some kind of user interaction. The initial load of a Rich Media ad is 40K or more. While text ads sell with words, and display ads sell with pictures, Rich Media ads offer more ways to involve an audience with an ad. The ad can expand, float, peel down, etc. And you can access aggregated metrics on your audience’s behavior, including number of expansions, multiple exits, and video completions”

I’m not sure what the 40K load has to do with it but the sentence after that kind of explains a little further what we are after but still not there yet.

Another nice one i found is this one:

“Rich media is an Internet advertising term for a Web page ad that uses advanced technology such as streaming video , downloaded applet s (programs) that interact instantly with the user, and ads that change when the user’s mouse passes over it.”

Rich media seems to be a difficult thing doesn’t it? Advanced technology, minimum 40K load, transitionals and floating ads…. Maybe we need to look at Display Advertising before we can comprehend what Rich Media is. A display ad shows an image to a user and usually the ad (banner) is clickable. On click the user is redirected to the advertisers page. The industry came up with a bunch of rectangular shaped ‘banner’ sizes and we all started selling and buying advertisements. These advertisements are served by an ad server. Which is just a piece of software that knows how and when to serve a particular advertisement to a particular web page. And it takes care of where to user ends up should he or she choose to click on one.
Advertisers and agencies were soon looking for ways to get noticed better then the rest and wanted to show better or more or just bigger content. And were also looking for ways to measure what kind of interactions a user actually had with their content. This wasn’t achievable with standard display technology and ad servers. So along came Rich Media technology.

Now it was possible to break out of the standard rectangular shapes, show video content, image galleries, let users download stuff from within an ad etcetera. And it also allowed the publishers and sales networks to make more money per ad.

“We at Adsolutions see Rich Media as a toolbox for creativity, user experience and engagement. And like to keep it as simple as can be: Rich Media ads allow for more functionality then standard display ads.”

Yes it’s true that we can build extremely complicated ads (from a technology and user experience perspective) that might even interfere with a website’s lay-out. But a simple standard full banner can also be a Rich Media ad because it has a need for multiple click-outs or the content of the banner is dynamically loaded and we measure the ad’s visibility and user engagement.

So in the end if you like to engage a user to interact with the ads content, do more then showing an image and having a single click-out, or let a user play an entire game in full-screen. You’ll need some sort of Rich Media technology.
We developed lot’s and lot’s of ad formats for customers (publishers, advertisers and agencies a like). Sometimes we build a template that includes all basics for a certain ad format. Like size and/or video player etcetera. And sometimes we build a new format together with a client based on their particular creative idea. But in the end we use Rich Media technology to make the needs of our clients become reality. And like to keep Rich Media as simple as possible. 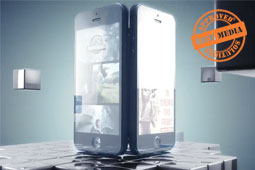